Retailers: Do Your Homework When It Comes to CBD

Retailers: Do Your Homework When It Comes to CBD – By Jacopo D’Alessandris, President and CEO, E-Alternative Solutions LLC.

Walking the floor at this year’s Tobacco Plus Expo (TPE), I found myself reflecting on just how much the conference has evolved over several years. Back then, hundreds of new vapor companies were in attendance. It was literally an invasion of vapor startups, all vying for a piece of what we all knew would be the next big thing. Open-system devices ruled, the FDA had not yet issued regulatory reform, and exhibitors were doing anything and everything they could to stand out from the crowd. The choices facing retailers seemed both urgent and endless.

This year, we saw an “invasion” of another kind – cannabidiol oil, also known as CBD. In fact, its presence was so pronounced, that by some estimates, CBD accounted for a third of the show’s exhibitors, dominated much of its news and social conversation, and threw most of the parties.

While it’s easy to see why people are jumping on the CBD bandwagon, as someone who has worked in different fast growing and highly regulated industries, I’d like to offer retailers a word of advice: learn from vapor. Major developments in our industry can teach a lot about CBD and can help guide a strategic decision-making process that will position you for long-term success.

The first regulatory reform in vaping came after that initial 2015 “invasion,” when in 2016 the FDA issued stringent and onerous deeming rules that only the more sophisticated and resourceful companies are able to follow. Hundreds of vaping companies – many of whom had attended TPE and developed lucrative retailer partnerships – went out of business.

Currently, CBD is being produced and sold with little guidance from FDA, which carries inherent risks for consumers and retailers alike. Now that the Farm Bill has been signed, the FDA and other agencies will inevitably turn their attention to this industry; Many CBD start-ups hawking products today may be deemed non-compliant tomorrow. The upshot for retailers is that anyone who makes purchase decisions too quickly may end up with unsellable product, with little recourse or relief.

In 2013-2015, the vaping industry thought open systems would dominate. In those early days, personalization, the sense of community among mixing enthusiasts, and sheer market share growth had many believing that open systems were the future. Fast-forward to 2019, and the convenience, consistency, and simplicity of closed-system products have so strongly out-performed open systems, that the subculture remains only as a niche market and almost non-existent at mass retail.

At the moment, CBD is available in vapes, drops, tinctures, pastes, edibles, and many other delivery forms. Most companies are still experimenting with the right value proposition. Don’t saddle yourself with inventory that may fall out of favor mere weeks from now. Observe strategically and for the long-term, putting yourself in a position to capitalize on that inevitable evolution of consumer demand.

I’ve said this about vapor, and it bears repeating: choosing the right partner is critical to success. Doing business with companies and categories in their infancies carry even the simplest of risks and headaches. Some aren’t equipped to scale up amidst newfound demand. Shipments arrive late, damaged, or incomplete. There is no long-term strategy, let alone a support system to help you market and sell the goods.

Do business with principled partners you can trust to deliver – partners you know can keep their commitments, who offer high-quality products, and who bring the marketing support, foresight, and expertise you need to succeed.

I am excited to see the dawn of a new category, and believe the excitement for CDB is here for the long-term. This is why retailers must be prudent not to confuse the instinct to be the first, with the importance of being the best. 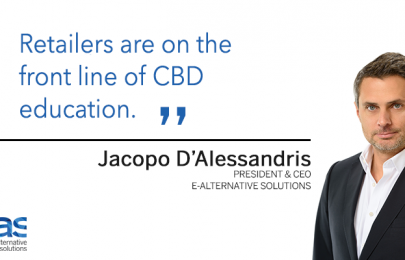 CBD 101: How Retailers Can Educate Adult Shoppers at POS 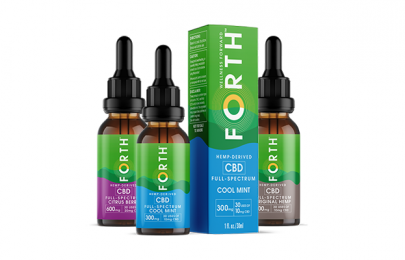